Patient Presentation
An 11-year-old female came to the emergency room with increasing muscle spasms over the past 3 days. She initially complained of neck soreness which progressed to her back. Drinking and swallowing became more difficult. These episodes increased to spasms with relaxation of the muscles in between. The spasms became worse in the morning involving her arms and legs and became more frequent. She lived on a farm and was well-known not to wear shoes often. The past medical history revealed that she was unimmunized.

The pertinent physical exam upon arrival in the emergency room showed her to have an episode where her entire body went rigid with severe back arching and a scared expression on her face. This occurred for about 10 seconds and then she became relaxed, still appeared scared and indicated general pain. A puncture wound on her left heel showed mild induration. She had several more opisthotonic episodes while in the emergency room. The pertinent laboratory evaluation included negative drug testing, and an electroencephalogram showed no seizure activity. The diagnosis of tetanus was made. The patient’s clinical course at 24 hours showed that she had been given tetanus immune globulin and was mechanically ventilated. Her puncture wound had been surgically debrided and she was receiving antibiotics. At one week she was slowly improving. 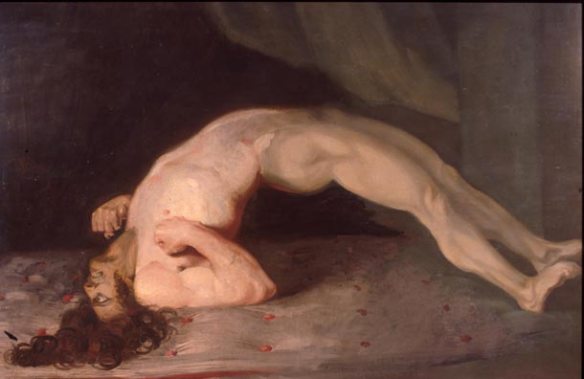 Figure 90 – Painting by Sir Charles Bell in 1809 showing opisthotonus. Dr. Bell was a surgeon and anatomist most well known for Bell’s palsy.

Discussion
Clostridium tetani is a gram-positive bacillus that is anaerobic and spore forming. Tetanus spores are found universally worldwide in the soil and the stool of animals and people. Contamination through the skin in wounds (especially deep puncture wounds) and the umbilicus are the primary entry points. It is not unusual for the organism not to grow in cultures. The bacteria grows in dead tissues and produces a potential neurotoxin which blocks the myoneural junction. Symptoms occur gradually over 1-7 days and progress to opisthotonus. These spasms are often provoked by external stimuli. The spasms persist for about 1 week and then subside over a period of weeks in those who recover.

Opisthotonus can also be caused by other diseases such as Sandifer syndrome, and phenothiazines and strychnine.

Tetanus is not transmitted person to person and herd immunity cannot help prevent the disease. Primary immunization series for tetanus in the U.S. is at 2, 4,and 6 months of age, with the 4th dose 6-12 months after the 3rd dose, and the 5th dose at ages 4-6 years with DTaP. Pre-teens and teenagers with no history of tetanus vaccination are recommended to receive 3 vaccinations, preferably with Tdap, followed by Td after 4 weeks, and then third dose 6-2 months after the earlier Td dose. Tdap can be substituted for another dose in the series though.

Learning Point
Primary immunization and improved obstetrical/neonatal care has significantly decreased the cases and deaths worldwide caused by tetanus. However, in 2008, ~61,000 children (about 1% of children) still died from tetanus. Most of these were neonates. A trend graph shows the number of tetanus cases/year markedly decreasing as the immunization rate also increases. Low immunization rates (under 50%) are seen most often in India and Africa

In the United States in 2008, 18 cases of tetanus were reported with no deaths. From 2005-2009, 133 cases of tetanus were reported in the U.S. There is clear evidence that tetanus disease occurs because of parental objection to vaccination. As there is no method for prevention of tetanus other than immunization, parents must be educated and advised of the seriousness of the disease. Herd immunity which some parents wish to rely on for other diseases (such as pertussis) does not apply for tetanus.

Questions for Further Discussion
1. How do you educate parents about the risks of vaccine preventable diseases?
2. What are medical contraindications to tetanus vaccine?
3. What are the barriers to vaccination in your local community?
4. In what circumstances would no vaccination or undervaccination be considered child neglect?

To Learn More
To view pediatric review articles on this topic from the past year check PubMed.

Evidence-based medicine information on this topic can be found at SearchingPediatrics.com, the National Guideline Clearinghouse and the Cochrane Database of Systematic Reviews.

Information prescriptions for patients can be found at MedlinePlus for this topic: Tetanus

To view images related to this topic check Google Images.